ZEC – Price at a Critical Juncture – Can It Break Out of a Sideways Channel or Descending Triangle? Will Zcash Halving be a Catalyst?

ZEC (Zcash), a privacy cryptocurrency, is in a Downtrend on Long- and Medium-Term horizons, while Shot-Term trend has flattened out into a sideways Channel between a very strong Support Zone at ~ $50, which was recently retested, and a Resistance Zone at ~ $65.  Also, there is a Descending Triangle emerging, which typically is a bearish continuation pattern.  Meaning that when it forms in a Downtrend, Descending Triangle tends to resolve to the downside with a break through the Support Trend line.

Currently, the price is at a critical juncture, sitting at the horizontal Resistance Zone and the Triangle Resistance Trendline.  Most likely it will get rejected and retrace to the Support Zone and Triangle Support Trendline at $50.  However, if we get a breakout above $65, it could go to the next Resistance Zone of $75 and then the next stop would be $85.

Momentum indicators (MACD crossover, RSI > 50) have turned bullish during the latest upswing within the Channel, and OBV has been steady, with volume on Up days about equal to Down days, suggesting a relative balance between buyers and sellers.  Our best guess is that price will remain in the $50-$65 channel, for now, or even within the Descending Triangle trendlines as they gradually converge. Channel pattern is tradable by Buying Support and Selling Resistance. 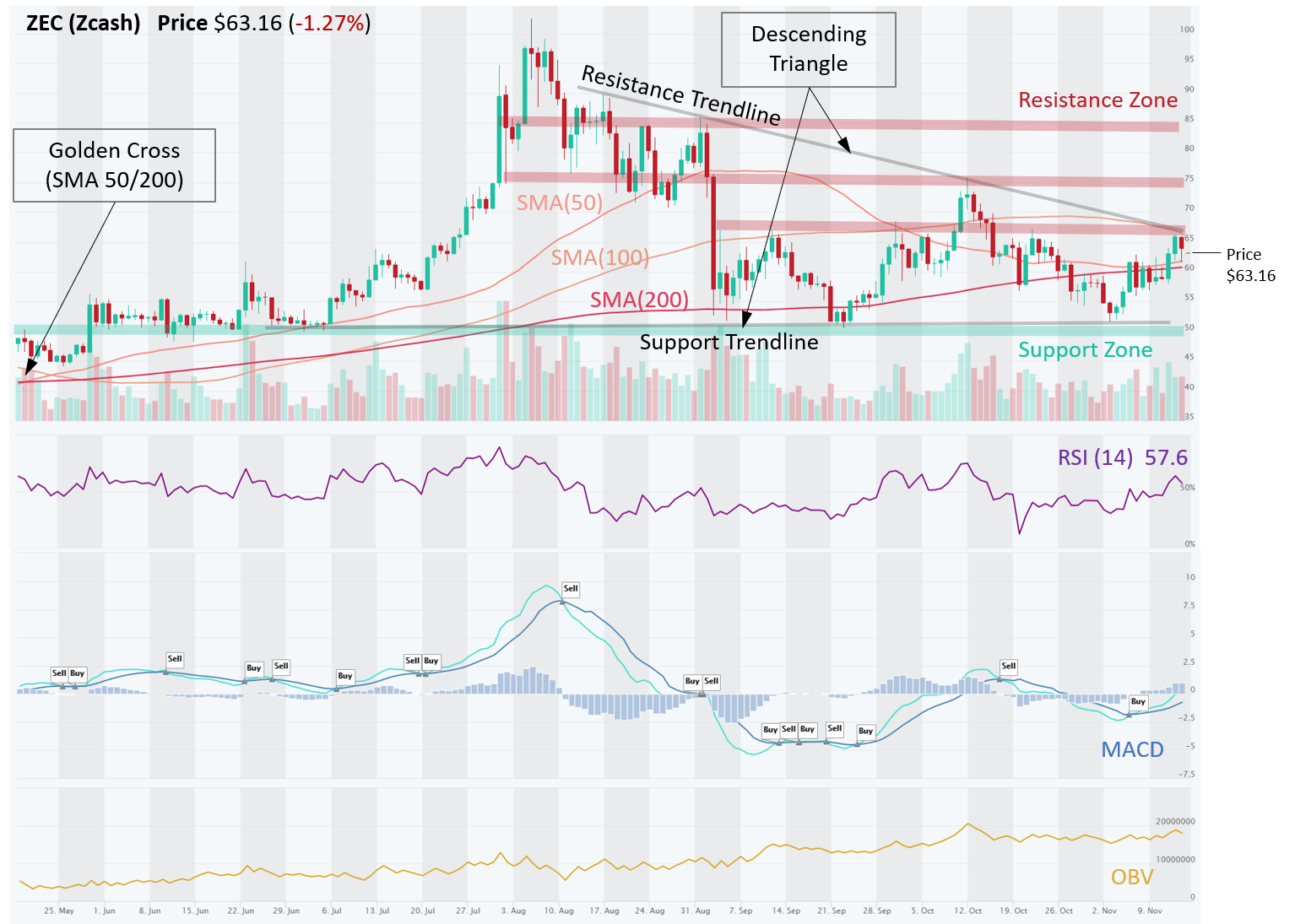 MKR – Stuck in a Sideways Channel, Trade It

MKR (Maker), one of the earliest DeFi projects, is trading in a sideways Channel between $500 and $600.  This Channel can be traded (Buy Support, Sell Resistance) and currently the price is near a Support Zone (~$500) as well 200-Day SMA, which also reinforced the Support level.  In fact, price has respected the 200-Day SMA on several occasions this year.  OBV (volume on Up days vs. Down days) has been trending down, indicating that sellers are overwhelming buyers.   While MACD has turned bullish recently, it is not that reliable in a sideways price action (lots of whipsaws), especially in light of bearish signals from RSI and OBV.  Price is likely to bounce off the strong Support Zone and 200-Day SMA, but if not, the next Support is at around $430. 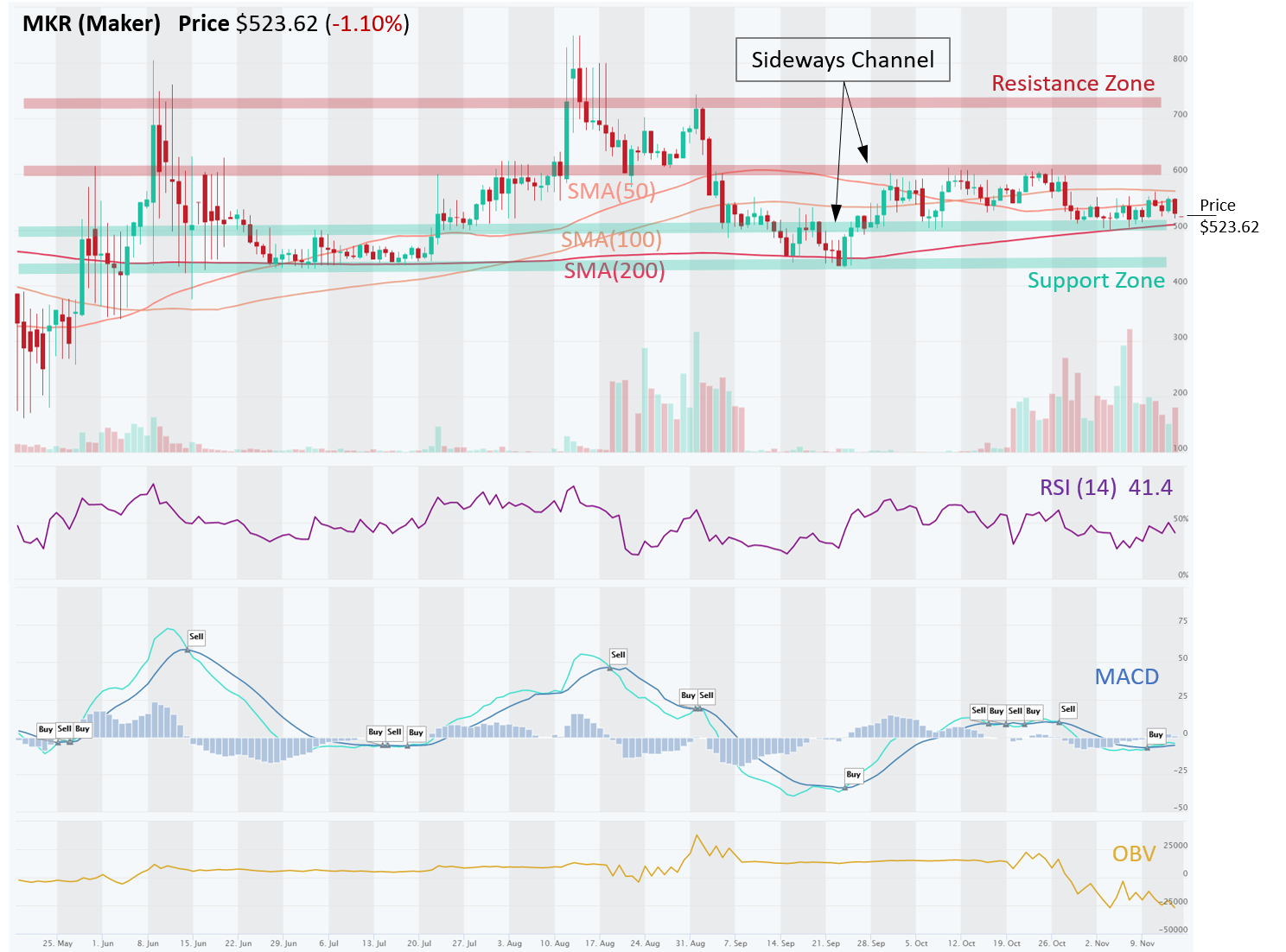